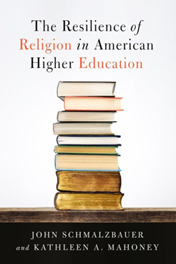 A well-worn, often-told tale of woe. American higher education has been secularized. Religion on campus has declined, died, or disappeared. Deemed irrelevant, there is no room for the sacred in American colleges and universities. While the idea that religion is unwelcome in higher education is often discussed, and uncritically affirmed, John Schmalzbauer and Kathleen Mahoney directly challenge this dominant narrative. The Resilience of Religion in American Higher Education documents a surprising openness to religion in collegiate communities. Schmalzbauer and Mahoney develop this claim in three areas: academic scholarship, church-related higher education, and student life. They highlight growing interest in the study of religion across the disciplines, as well as a willingness to acknowledge the intellectual relevance of religious commitments.  The Resilience of Religion in American Higher Education also reveals how church-related colleges are taking their founding traditions more seriously, even as they embrace religious pluralism. Finally, the volume chronicles the diversification of student religious life, revealing the longevity of campus spirituality. Far from irrelevant, religion matters in higher education. As Schmalzbauer and Mahoney show, religious initiatives lead institutions to engage with cultural diversity and connect spirituality with academic and student life, heightening attention to the sacred on both secular and church-related campuses. 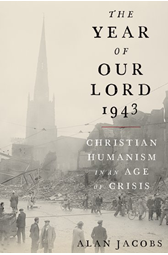 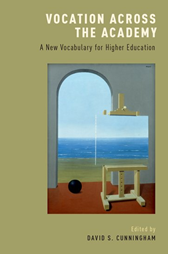 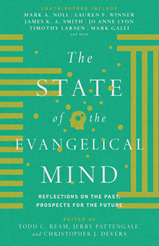 The State of the Evangelical Mind: Reflections on the Past, Prospects for the Future 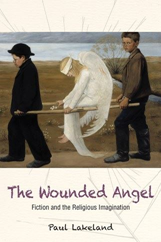 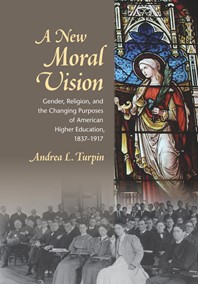 A New Moral Vision by Andrea L. Turpinis an ambitious and thoughtful historical study that complicates and challenges the view that American higher education has simply become increasingly secular over time. The book weaves into a single story the complex changes in mainstream American Protestant religious life, gender roles and self-understandings, and American higher education from the period of women’s first thin wedge of entry into higher education in the 1830s to the end of the Progressive Era in 1917. This history, the book reveals, is less a straight line of secularization and more a twisting path that involves numerous “trajectories and tradeoffs.”

At This time and in This Place: Vocation and Higher Education
Edited by David Cunningham
Oxford University Press, 2016
ISBN: 9780190243920

Becoming Beholders, edited by Karen E. Eifler and Thomas M. Landy, explores how a vision of creation rooted in the Incarnation can impact scholarship and teaching for Catholic and non-Catholic scholars alike.  Becoming Beholders demonstrates how this vision, or “sacramental imagination,” can work hand-in-hand with disciplinary training to move scholar-teachers to see deeply—that is, to help them understand how pedagogy and disciplinary modes of observation, questioning, theorizing, and experimentation connect to an understanding of creation as divine gift.  Becoming Beholders will invigorate thoughtful scholarship and teaching and perhaps, most importantly, inspire new ways of seeing and being.

In Jesus Christ and the Life of the Mind, Mark A. Noll draws on the resources of Christian thought not only to defend but to promote the pursuit of truth and beauty in the liberal arts. Building on and extending his  arguments in The Scandal of the Evangelical Mind, Noll demonstrates that thoughtful understandings of Christology and the Atonement not only justify passionate and precise academic work but offer specific guidance in the way  scholars and teachers approach their subjects. Jesus Christ and the Life of the Mind—a book for scholarly and general audiences—is required reading for people of faith who are interested in the purposes of education and the  vocation of the teacher/scholar.

Souls in Transition: The Religious Lives of Emerging Adults
An exemplary work of scholarship combining empirical data with personal stories, Souls in Transition:  The Religious and Spiritual Lives of Emerging Adults cuts through the media clutter on college-age adults to offer a vital portrait of their religious, moral, and spiritual assumptions and practices.  The implications in this work for the way colleges and universities--religiously-affiliated or not--recruit, retain, instruct, and prepare students for lives that matter are challenging and profound.  Souls in Transition should be required reading for anyone working in higher education.

The American University in a Postsecular Age

The State of the University: Academic Knowledges and the Knowledge of God
By Stanley Hauerwas
Blackwell Publishing Ltd, 2007
ISBN-13:  9781405162470
www.wiley.com

Christianity and the Soul of the University: Faith as a Foundation for Intellectual Community
Edited by Douglas Henry and
Michael Beaty
Baker Publishing Group, 2006
ISBN-13:  9780801027949
www.bakerpublishinggroup.com

Save the date: The 31st annual LFP National Conference, "Science, Faith, and the Common Good," will be held at Boston College on October 8-10, 2021. Click here for more information.

Save the date! Azusa Pacific University will host an online regional conference, Reckoning and Reimagining: Envisioning a Faithful Presence on May 26-27, 2021. This diverse, interdisciplinary conference will offer insights, theory, and research for reimagining the liberal arts and a robust response to the global enduring impacts of COVID-19 related to health, justice, politics, and the economy. Click here for more information.

We are now accepting nominations for the 2021 LFP Book Award. Please nominate books that exemplifies the central ideas animating the LFP by March 1, 2021. See here for more information.

Announcing the winner of the 2020 Arlin G. Meyer Prize

We are pleased to announce that Stephen Heyde of Baylor University has won the 2020 Arlin G. Meyer Prize in the Performing Arts for Gustav Mahler Symphony No. 2. For more information and to hear the piece performed, please see our official announcement.