“Restoring Art to a Place in the Community: New Lessons from Early Renaissance Italy,” addressed the disconnect often found between studio art, art history, Biblical studies, theology, and Christian ministries faculty at undergraduate Christian liberal arts institutions. Seminar director Dr. John Skillen (Gordon College) gathered twelve teachers from Protestant- and Catholic-tradition colleges, first, to examine a period in pre-modern Italian culture that knew no such split; then to consider the conditions in the modern period that have fostered division; and finally to brainstorm new initiatives to reconnect the training of young artists and of future church leaders.

Hosted by Gordon College’s Studio for Art, Faith & History, which Professor Skillen directs, the Seminar was housed in the renovated 13th-century monastery leased by the College. The Seminar benefitted from Orvieto’s location in Umbria, with Rome, Florence, Siena, Assisi, and Arezzo within easy reach. Excursions to these and other locations took participants to ten of the major fresco cycles of the Italian Renaissance that provided touchstones for the discussion.

A number of the participants wrote brief personal narratives that highlighted one or two aspects of their experience in the Seminar. Several of these essays have been gathered in the Blog section of the Studio for Art, Faith & History's website.

2014 - Xavier University Cincinnati, OH
What Does It Mean To Be Human in a Consumer Culture: Implications for the Church and Christian Scholars 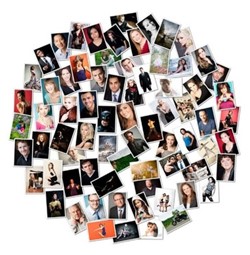 Three guest speakers, Homer B. Warren, Professor of Marketing Emeritus, Youngstown State University, Gillian Alhgren, Professor of Theology, Xavier University, and Vincent J. Miller, Gudorf Chair in Catholic Theology and Culture, University of Dayton, led the participants to approach the subject from different points-of-view and led group discussions, which enriched the seminar topic.  The anticipated outcomes of the seminar include a research project by each of the seminar participants and the development of a classroom component where each seminar participant will directly integrate subject matter from the seminar into at least one of their courses. For more information, see Xavier University's Summer Seminar website 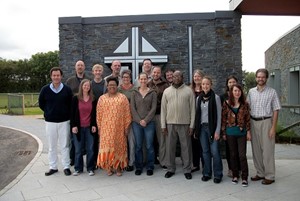 Aquinas College of Grand Rapids, Michigan sponsored the Lilly Fellows Program Summer Seminarfor College and University Teachers during the weeks of July 6 – 28, 2012 with the theme “Teaching Peace and Reconciliation: Theory and Practice in Northern Ireland.”  Directed by Dr. John C. Pinheiro and sponsored by Aquinas College, the seminar was held at the Corrymeela Peace and Reconciliation Center, located on the beautiful coast of County Antrim in Northern Ireland.  The 2012 grant covered flight, room, and board for each attendee.

This was the first time that the Summer Seminar has been held outside the United States. The three-week seminar featured speakers ranging from academics, journalists, and clergy to former paramilitaries, ex-prisoners, and peace workers.  Participants also engaged in hands-on activities to experience the kind of work done by the Corrymeela community, which has been in operation since 1965.One particular highlight was a reading held at Corrymeela by Belfast poet, Michael Longley.  In an effort to hear from all sides of the conflict that occurred in Northern Ireland from the 1960s through the 1990s, attendees also participated in outings to Belfast, Derry/Londonderry, and Coleraine.  This included attendance at a 12th of July bonfire in Belfast and an Orange Order parade.

2003 - Loyola Marymount University
Peace and Justice in the Bible and the Quran
Director - Daniel Smith-Christopher, Department of Theological Studies

1997 - Villanova University
The Mission of the Religiously-Affiliated University/College and the Public Theology of Their Students
CoDirectors - Michael Scanlon, OSA, Department of Theology and Religious Studies and Barbara E. Wall, OP, Department of Philosophy

The Current LFP Update for May 2020 is now available. Click here.

The Lilly Fellows Postdoctoral Teaching Fellowship in the Humanities and the Arts is accepting applications. For more information and to apply, click here.

Announcing the winner of the 2020 Arlin G. Meyer Prize

We are pleased to announce that Stephen Heyde of Baylor University has won the 2020 Arlin G. Meyer Prize in the Performing Arts for Gustav Mahler Symphony No. 2. For more information and to hear the piece performed, please see our official announcement.

The “Catholic Intellectual Tradition Conference: Challenges and Opportunities for the Catholic University in the 21st Century,” at Sacred Heart University has been rescheduled to October 29-31, 2020 as an online conference. Click here for more information and to register.

Seton Hall conference on Communication and Religion in the 2020 U.S. Presidential Election 10/21-10/23

Seton Hall University will host an conference on “Communication and Religion in the 2020 U.S. Presidential Election,” on October 21-23. This conference is free to attend and will be broadcast live for those who cannot attend. Register now at www.shu.edu/ICR2020.